Sometimes it takes our friends to give us a bit of a push to try new things.

Back when we  live in Austin Texas I was  telling a friend that I had always  wanted to  fly an  airplane. She asked me why  I had not given it a try.  Since  I could not come  up with a  good  answer besides the  cost.  She looked at me and  said, ” lets go  check out  flying  schools. ” We  drive up to  Georgetown and I  talked  with some  old  guys about  flying . Within  15 minutes I  had my first  class , and the cost was  under $100 bucks!  A  few months  later I was given an  opportunity to take a  lesson in this darling. 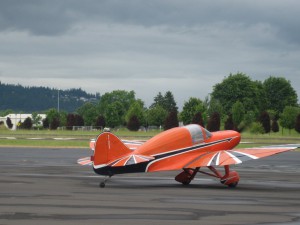 I would have never  given it a  try if a  friend had not given me a  gentle  push!

“I have learned, as a rule of thumb, never to ask whether you can do something. Say, instead, that you are doing it. Then fasten your seat belt. The most remarkable things follow.”
– Julia Cameron

American author Julia Cameron has become an icon in the creative community for her best-selling self-help book, The Artist’s Way, which guides people through a series of simple but profound exercises to awaken their creativity. She grew up in Chicago and has been writing seriously since age 18. In addition to her 28 books, she has written plays, screenplays, and songs. She was married to film director Martin Scorsese and has one daughter. She currently lives in New York. 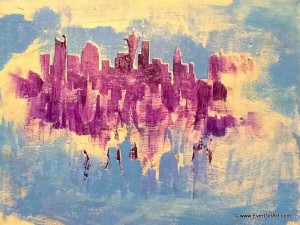 I don’t think I would have  started painting if a  few good friends had not  also given me  some  gentle pushes.  I am  super  thankful for  so many good friends!