It was a lovely day to be at the workshop today. Since the weather was so nice instead of working inside the shop I pulled a few things outside to work. I think that this is my new favorite piece of work in this series. 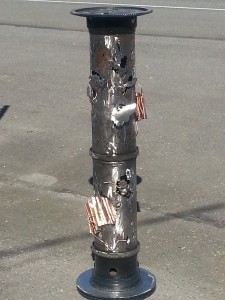 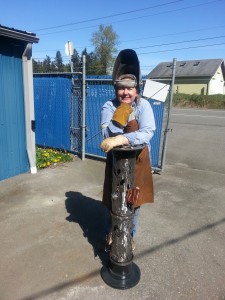 I can hardly wait to get the lights inside! Only $850

Today’s Quote
“Hope is not a dream, but a way of making dreams become reality.”
– Cardinal Leon Joseph Suenens
About Cardinal Leon Joseph Suenens
Cardinal Leon Joseph Suenens played a major leadership role during the Second Vatican Council in the early 1960s; his reforms include reciting the liturgy in modern languages, expanding the role of laypersons, and opening a dialogue with other religions. He was born in 1904 in Brussels. Wealthy relatives wanted him to study economics and manage their fortune, but instead he entered the priesthood. He was witty and charming, with an enthusiasm for soccer. He died in May 1996.