“I am always doing that which I can not do, in order that I may learn how to do it.”
– Pablo Picasso
About Pablo Picasso
Pablo Picasso, the Spanish painter at the forefront of Cubism, is perhaps best known for his painting Guernica, which depicts the hopelessness and violence of war. The masterpiece hung in the Museum of Modern Art in New York until democracy was restored in Spain; the painting was then sent home, where it hangs now at Reina Sofí a, Spain’s national museum of modern art. Born in Spain in 1881, Picasso spent his adult life in France. Although he’s known for his abstract paintings, his realistic work, particularly his Blue Period, was equally accomplished. He loved to be surrounded by friends and had multiple love affairs. He died in 1973

I love to try new things especially if it is something I am told I cannot do, or that it just wont work. I was super excited to see that Pablo Picasso also did what he could not do in order to learn how to do something.
I spent a good part of the day making some more baby bibs! I am finding sewing to be relaxing and fun.
Today’s fun fabrics show support for my favorite sport and myfavorite team! GO Seattle Sounders! 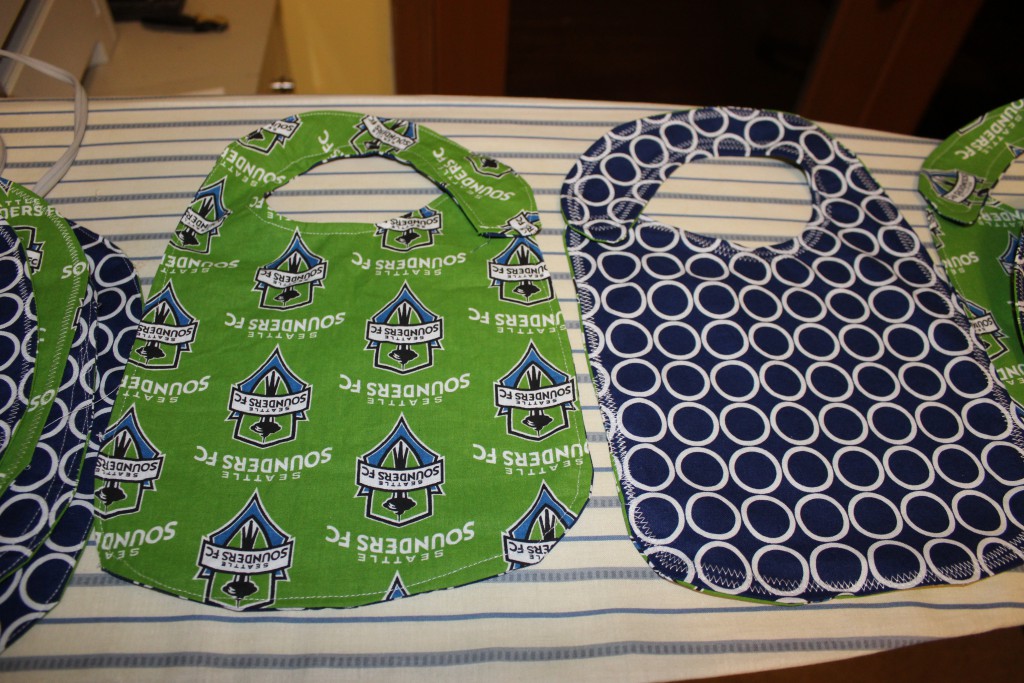 Bibs prices are between $7-$15 plus tax and shipping fees. 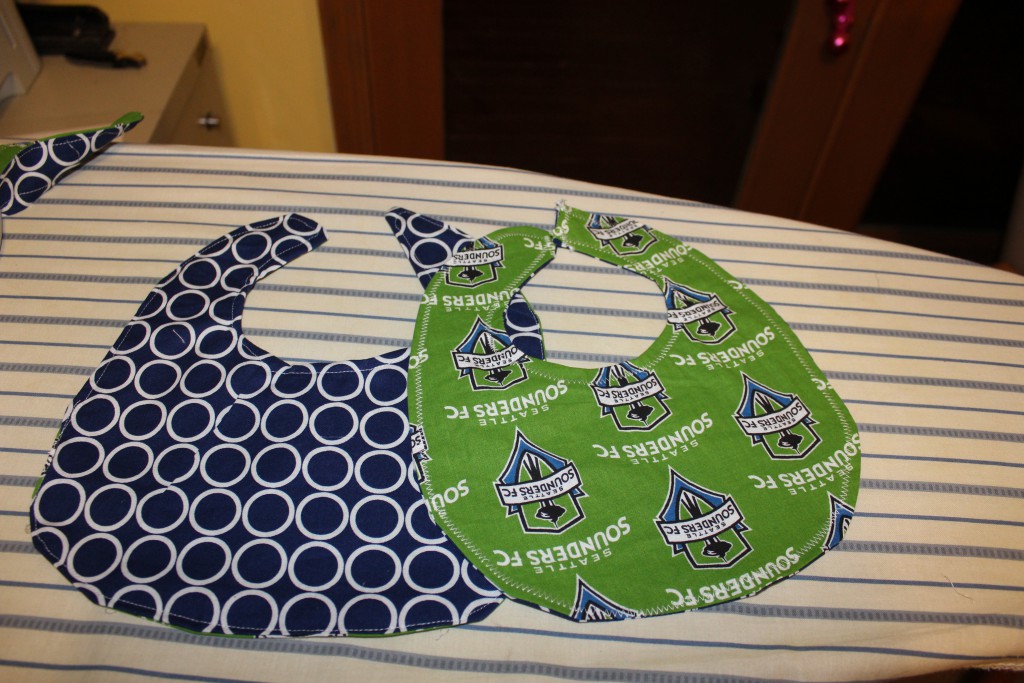 I got up early this morning and was running some errands. I stopped at the market to pick up a few things and I was in a rush so I just sat the bags on the floor of the front seat. I went to start my car and the key would not work. I called USSA road side assistance and they told me it would be 30 -45 minutes for a tow truck.

While I waited I sat in the truck chatting on the phone. 15 minutes or so went by and a man came up and tapped on the window. I held up my finger to let him know I would be a minute but he impatiently tapped again.I looked around and did not see the tow truck. Since the car would not start I had to open the door to ask him what he wanted.

He said, “I thought I would ask you what you were doing in my truck before I called the cops.” 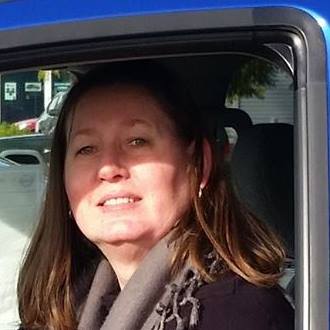 “Keep your eyes on the stars, and your feet on the ground.”
– Theodore Roosevelt
About Theodore Roosevelt
Known both for his larger-than-life personality and his many achievements, Theodore Roosevelt was the youngest US president at age 42. He was born in 1858 in New York. He led the Rough Riders, a motley volunteer cavalry, to victory in the battle of San Juan Hill. As the “Trust Buster” president, he instigated some 40 lawsuits to break up monopolies. An ardent conservationist, he put 230 million acres under federal protection. The Panama Canal was begun under Roosevelt. He died in 1919.

To keep busy I have been making some baby bibs for friends with new grand babies. I had forgotten how much I enjoy sewing. I am making 4 different sizes in the below photo the bibs are all hte large ones. I now working on some for some preemies. 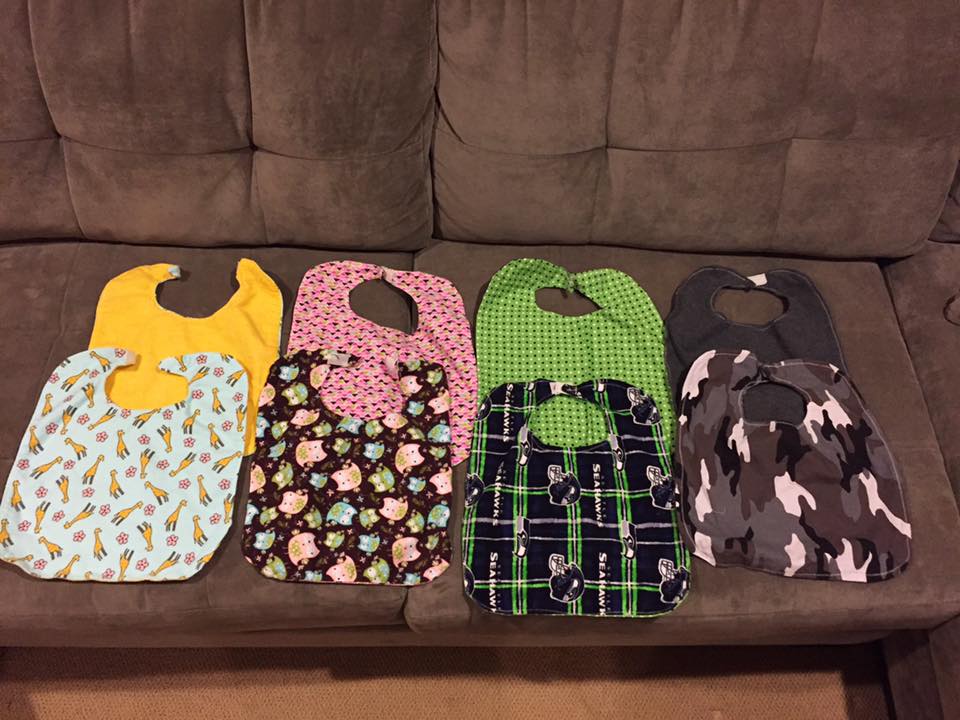 “Courage is the human virtue that counts most — courage to act on limited knowledge and insufficient evidence. That’s all any of us have.”
– Robert Frost
About Robert Frost
Robert Frost, the influential American poet known for his rural settings, uncluttered language, and meditative themes, wrote the poems, “A Road Not Taken” and “Mending Walls,” among many others. He was born in San Francisco in 1874 and moved to Massachusetts at age 11. He ran a farm for ten years, selling it to move to England and become a full-time poet. After achieving his goal, he moved back to New Hampshire. His ambition was to write “a few poems it will be hard to get rid of.” He died in 1963.

Today’s Quote:
“I do believe it is possible to create, even without ever writing a word or painting a picture, by simply molding one’s inner life. And that too is a deed.”
– Etty Hillesum

About Etty Hillesum
Etty Hillesum, less famous than her contemporary, Anne Frank, lived a short life of great courage. She was born in 1914 in the Netherlands to a Dutch father and a Russian mother. She studied law, Slavic languages, and psychology. Hungry for knowledge, she cut down on food in order to buy books. She went voluntarily to the Westerbork camp to help fellow Jews interned by the Nazis. Her letters detail her experiences; her more meditative diary focuses on issues of faith. She died at Auschwitz in 1943.

This is one of my last pieces in this series. For some reason it just does not seem finished yet. 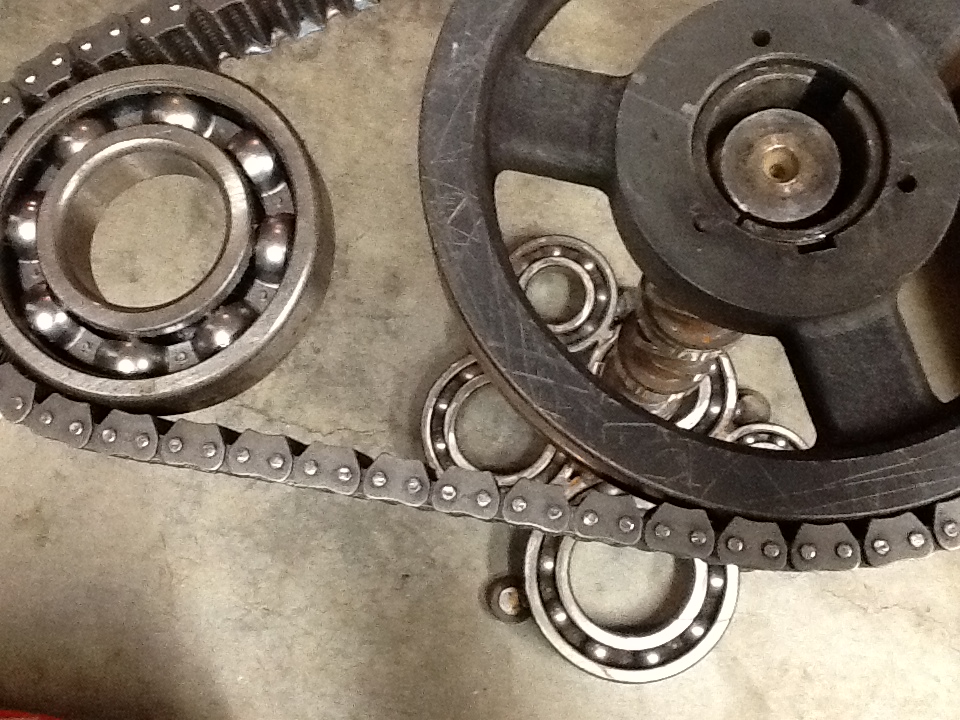 “To see what is in front of one’s nose needs a constant struggle.”
– George Orwell
About George Orwell
George Orwell was the pen name of English writer Eric Blair, best known for the satirical Animal Farm and the dystopian 1984. He was born in 1903 in India and raised in England. After school, he joined the Burmese police. He left after five years, disillusioned with colonialism, and lived in poverty while he taught himself to write. Following two rejections for Down and Out in Paris and London, he asked a friend to destroy the manuscript. She gave it to an agent instead, resulting in publication. He died in 1950. 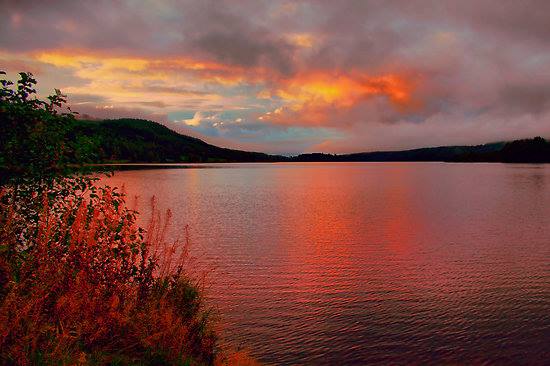