I feel as if the last few days I have been living in the middle of an Aesop fable.Yesterday on March 28 while out on an adventure with a friend just 3 miles from  home we stumbled open a lady my friend had met once before. Some people call her a witch, some people call her the crazy lady of Tiger Mountain and other people just call her by her name. As we approached her home we called out hello and in reply she said,” come on in.” As we got closer to the door she warned us that even though she had given us permission to come in the door way was booby trapped. As we opened the door slowly we noticed an old milk crate filled with fire wood which she directed us to step over as we came through the door.

I looked at her and she looked at me.  My friend took a seat on the wood bench that faced her. I stood for a moment and was checking the place out. She quickly asked, “Do I scare you?”  I replied.” why, should you?” She said, “ Well am  a little old  lady who lives in the  woods dressed all in black and  some might think I will turn you into a slug at midnight if you annoy me. “ I smiled and she said,” good! Now sit down, you see, I have had people bring me an apple so I could look like a character straight from a Disney movie.” I was hooked; I had instantly fallen in love with her. For  3 hours my  friend and I  sat on the  bench  visiting with her, we talked about music,  Richard Feynman, anthropology, her wit and  humor made me feel at home yet I  kept looking around at her  6×8 foot home,  from the  beam  above hung a  rope with knots which she used to  grab on to when she wanted to stand up. She used a walking stick to prop the door open when she could see we were getting warm from the heat of her little wood stove.  I was in a trance her stories of living in the woods, her travels her life …Such an amazing lady to be living off the grid. I was wondering so many things but not sure if I should ask.

In the time we talked I learned her husband died in 1983 and she buried him on the property and in 1984 gave everything of material value away.  Her house burned so for the past 30 years she has lived in a small 6×8 foot home that she built herself. No power, no running water, no money yet she has everything she needs. She told me she has not looked in a mirror for 30 years and would be afraid to! She made of vow of solidarity. 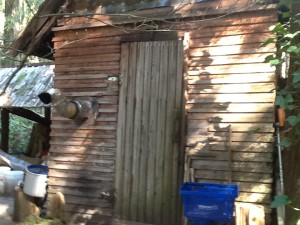 My friend and I said farewell and parted.

All evening I thought of the lady of the woods. I kept seeing her sitting on her bench, her long grey hair almost to her waist,when  she  stood  she was not 5  foot tall. Her tobacco pipe that she smoked with ease and almost constantly. A Bible sat open on the table behind her, long white handmade candles hung from hooks, 5 very dusty Tolkien books sat on a shelf and a very old battery operated walk man radio that she had told me she used to  keep up on the news and to listen to music.I felt as if a spell had been cast, I did not turn into a slug at midnight but I could not stop thinking about her. This lady has a young and playful spirit. I found myself at peace around her. She is not just a  squatter or a  crazy old lady. She was educated at Berkeley and Stanford and is very well read, yes a bit eccentric  and  sure  she has some interesting traditions and rules  but heck so do  lots of people.

After a restless night sleep I decided since it was a new day, I had to go back, alone this time. I went to her house. I called out hello and she called back oh Cynthia I was expecting you!  We talked for over four hours and she asked me if it would be selfish to burden me with a few things she felt she needed to share. I asked if these things needed to be kept secret or not and she said,” oh I would not burden you in that way, once I tell you, you decide.”

Before I left she asked me to promise to kick her if she continued to ramble on about herself  and I promised to kick her with a feather.  As I left she said, “ take this with you” and she handed me a piece of kindling that I had noticed the day  before on her window ledge, then she said, ‘It looks a  bit  like a bird don’t you think? Well farewell my friend, I love you,” and as she spoke she grabbed hold of the  rope hanging from the  beam and lifted herself up to bid me farewell, whispering in my ear, “until our paths meet again may God bless you.”  I am  not  sure how long I  should wait to go back? 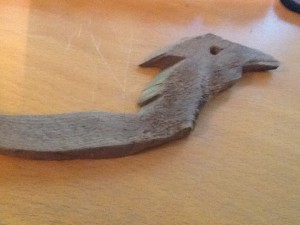 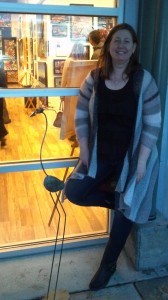 Finding things that others toss aside is where the game starts. I love the challenge of using what I find to create something entirely different. For me creating art is about being able to feel free to be spontaneous. However, my favorite pieces are works that I have been commissioned to make. Those opportunities push me as an artist, forcing me to meet requirements and challenge myself.

“Art enables us to find ourselves and lose ourselves at the same time.” Thomas Merton

I have found that the more I give the more the things I need find me. A few years ago a friend gave me a KIVA loan as a birthday gift.I logged on and picked the person to loan to and decided to make a team of my own. So far the 51 people on my little team have loaned 109,000 to people all over the world! Loans are $25 each and you pick the country the person the cause. These are loans! They are paid back and you can re gift over and over! Check us out here! >https://www.kiva.org/team/cynthiafreesecom_ 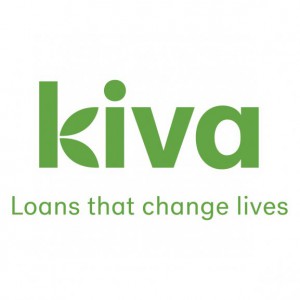 Wow how time flies!  Tonight’s the  night to  head down to  Gallery [Context] 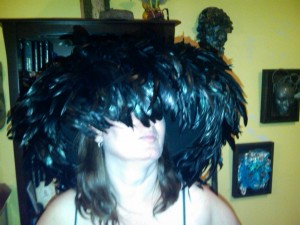 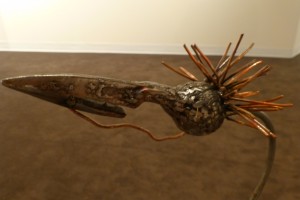 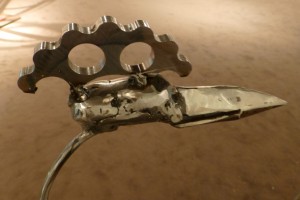 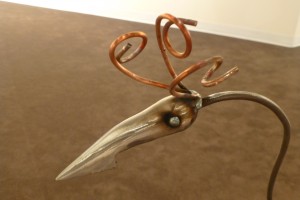 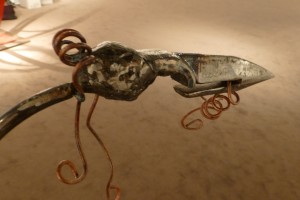 Come out to see Survival of the interesting, my recent collection is  called , Meet the Press . I will be easy to spot as I will be the girl in the hat. 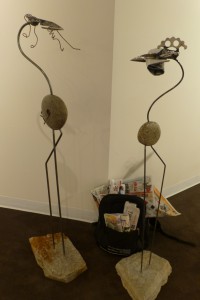 As a self taught artist I am often trying new things and  some of my attempts are total disasters! Other things that  don’t leave the nest are  are  things that I have  seen someone else do and I just want to give it a try myself.

One example of the  latter is my recent flower and dragon fly. My  friend Denny Croston is the original  creator.I have some Denny Art at our place  so I  decided to  fool around and make my own as a warm  up  exercise. 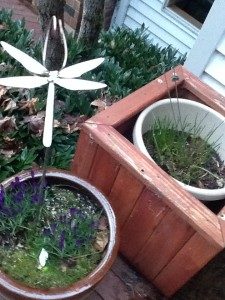 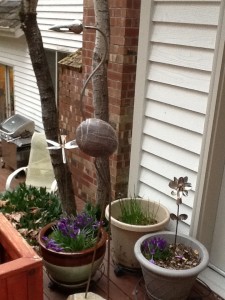 The first bird, dragon fly and  flower I made  have  found a home on our back porch.

Winter flower pots are  dull so I made something fun to  hang  from ours . 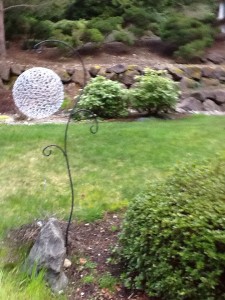 For the the early birds who are already in the city or  for people  who just want to  fly down early the  gallery has planned a  Foodie [context] from  5-7 PM  Register for Foodie [context] here:   Artist  reception does not require registration! 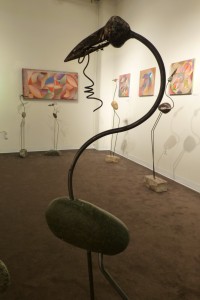 This  is the only  bird in this  group that has not worked  for the  Issaquah  Press. Over the past  7 years  Paul has  flown up to work on  projects in Issaquah and the  greater Seattle area. Photographer by day and writer by night  as well as a conference  organizer. Phil Pauleo  is one of the few birds that can do just about everything! Until  recently Phil was most often sighted with a press badge hanging from his neck.  He friends and co workers refer to him as a Swiss army knife.  Phil is dedicated to whatever project he is working on and has never missed a deadline. One year this bird even worked until 3 am on his birthday  to  get his secret assignment complete. Phil loves to cover conventions and  introduce  people . Spending most of his time in the California bay area Phil was recently sighted at Seattle’s Alki  Beach watching the  sunset and then  at the the  Seattle Design Center in Seattle Washington. 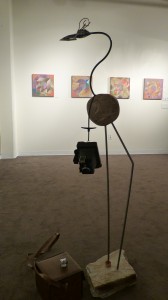 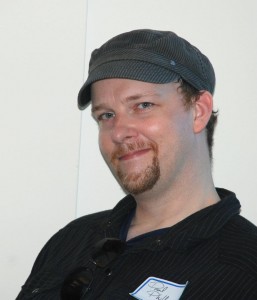 I  don’t think this bird ever sleeps!

It was a  fun night at Alki arts, I stepped outside to  keep our greeter company  for awhile and my friend Paul  Philleo  took  our  photo.