Maybe it is my recent state of mind but I seem to see pain everywhere I look. This reminds me of human wounds.

I am in worse shape than I thought I was. I am cold, I am tired, and I am sore as fuck. Excuse the foul language but I have to wonder what the hell I was thinking. I feel as if I had a temporary lapse in my sanity! I met Gary, Rafi, and Lori at the trail head at 0400. I was the only one in this group that had climbed Saint Helen before she blew her top. The others had all climbed her last summer. The others were ages  28,  32, and 40. I manged to hold my own but my thighs and rear end were burning all the way up and on the way down it was a crazy crazy ride as we voted to do some Glissading on the way down. More on that later.

We stared the  2-3 mile uphill climb in the dark.  It was chilly but no wind or snow was falling.   After the 2-3 mile climb there was a break in the woods and we were out of the treeline. Now it was windy!   From there, it’s rough and rugged steep  2000- 2,500 vertical foot climb over several miles of snow , rocks, boulders.  It was impossible to avoid being on all fours in some spots . It was slick and icy. The final stretch was a steep 1,000-foot climb on icy snow. My thighs and ass were burning in pain.

Once at the top we had some lunch, I twirled in the sunlight and the boys danced and Lori  laughed at us all while snapping photos.  With the tiny amount of power I had left on my phone I  got a few photos. I think the  cold drained my battery much faster than normal?  As I stood and took in the beauty of the Cornices  (over hanging snow) at the crater rim I blew a kiss and asked the universe to deliver it to someone special. That would have been around  0930.

As I mentioned earlier we voted to slide back down the mountain, I would love to see drone footage of this part of the trip. The technical word for sliding down a mountain is Glissading. When I was a younger and much more adventurous girl I did a lot of Glissading . Imagine for a moment that you are seated on the top of a mountain  covered in deep and heavy snow. You  sit down directly on the icy snow and give yourself a push off. Using your pick ax and your feet to maintain control as you slide down a mountain at some crazy speeds. Did I mention my ass is sore! We managed to  make it 2-3  miles down without having to stand up!  Did I mention I think I lost my mind temporarily? This was better on my knees and it brought  back some fun memories but I am cold tired and sore .

The round trip climb was just between about 12 miles.

The elevation gain was 5699 ft. The highest point was 8364 feet. It only took us 5.5 hours to get to the top and we got down  much faster  I was back to my car by 1330 .  sat there for  20 minutes warming up and then I  dictated this post using google and I am going to try to get home in time to solve a mystery at an escape room this evening.  Wish me luck!

We got our first winter snow this morning. I did a quick walk around the yard to take a few photos and I had just finished making my snow Angel. Then I saw a young boy in our backyard. Apparently his dog came over to visit Piper. I was able to get dressed before he got to our backdoor. This is the 3rd time in 14 years that anyone has come around to our backdoor.
I admit that I have been a member of the naked snow angel club since I was a small child. Maybe I should hang a sign that says this is a clothes optional property.

For me one way to tackle the winter blahs involves a short 2 hour drive East from our home in Issaquah Washington. The drive over the pass is well worth the opportunities to bask under the blue skies, to see the oranges of the desert surrounded by the snow capped mountains and of course the giant wind mills of Wild Horse Renewable Energy Center are breath taking. The center is located near Ellensburg, Washington and is home to over 200 plant species. Some say April and May are the best times to visit because you can see the brilliant wildflower displays but I love this place no matter what time of year! 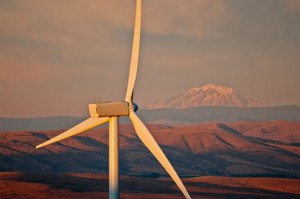 Take a snack and your camera!

– Harold Kushner
About Harold Kushner
American rabbi Harold Kushner has written several inspirational tomes, including the international best seller, When Bad Things Happen to Good People, selected by the Book of the Month Club as one of the ten most influential books of recent years. He was born in Brooklyn but moved to the Boston area, where he is Rabbi Laureate of a local congregation. He writes about the importance of personal acceptance and what it means to be human.

Every time I do this hike I cannot stop myself from thinking about the thousands of cars that drive by this spot each day and what they are missing!

It was my 2nd time hiking the falls today. The first time was with a good friend and when I got home and was showing off some photos my youngest offspring asked if I wanted to go again! So off we went ! We decided to explore a bit and I am glad we did! 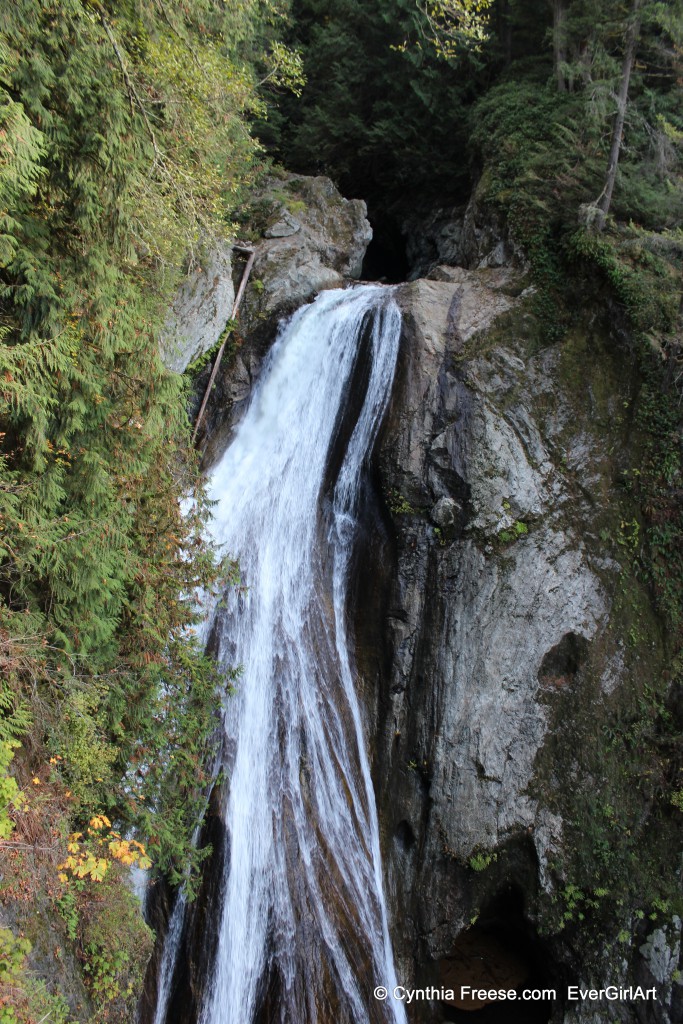 We found a little trail that took us back to an area that is usually a place you can view from a look out point across the way. I was nervous watching from above as my offspring walked on some of the logs and explored below. 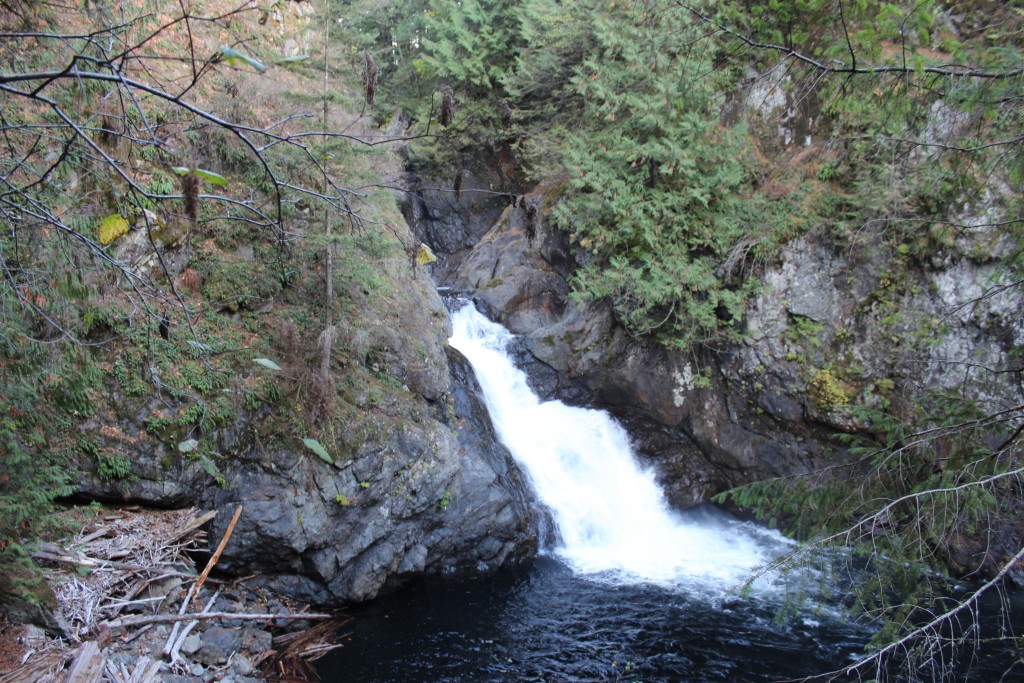 Youngest Offspring is the tiny person seen in the below photos. 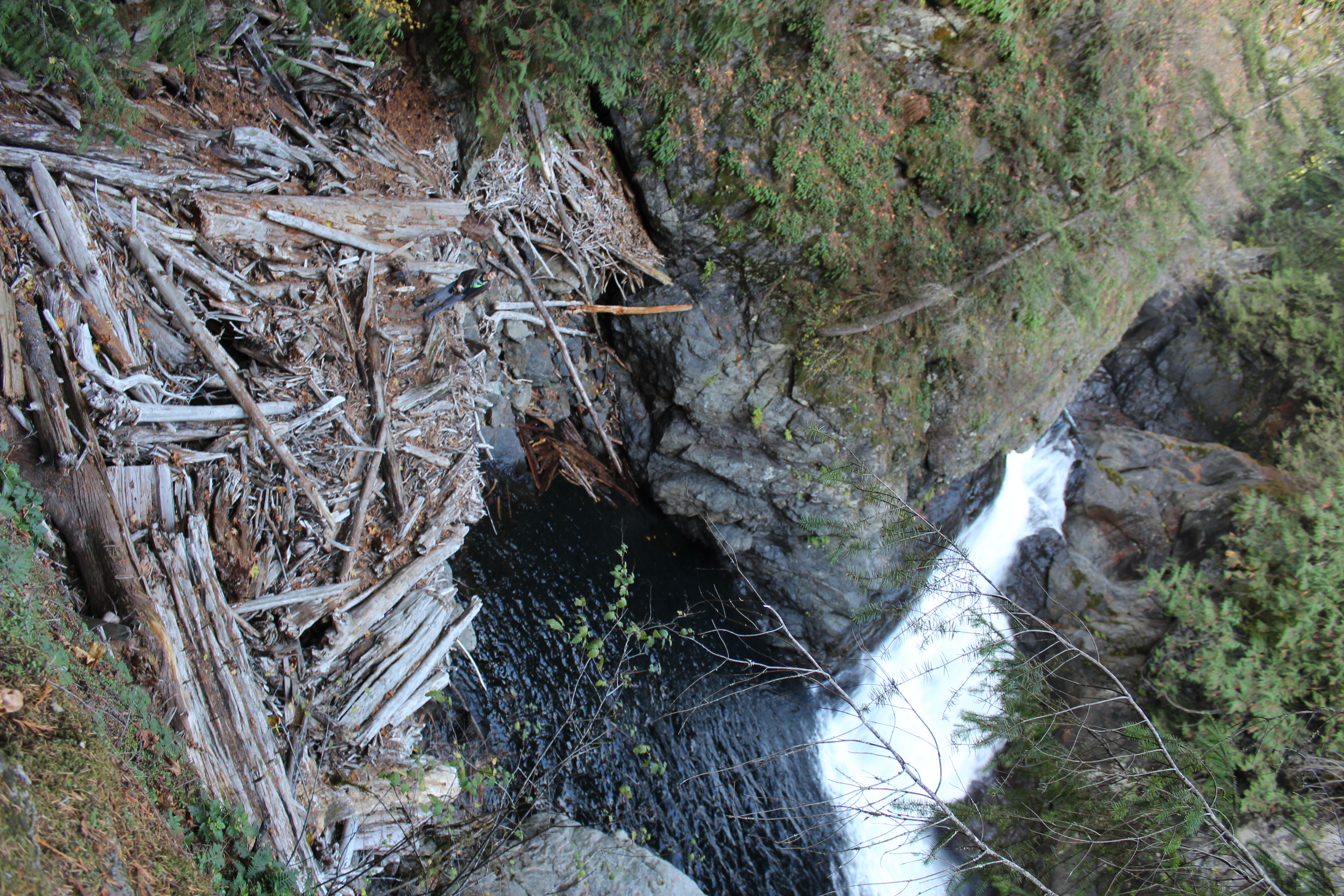 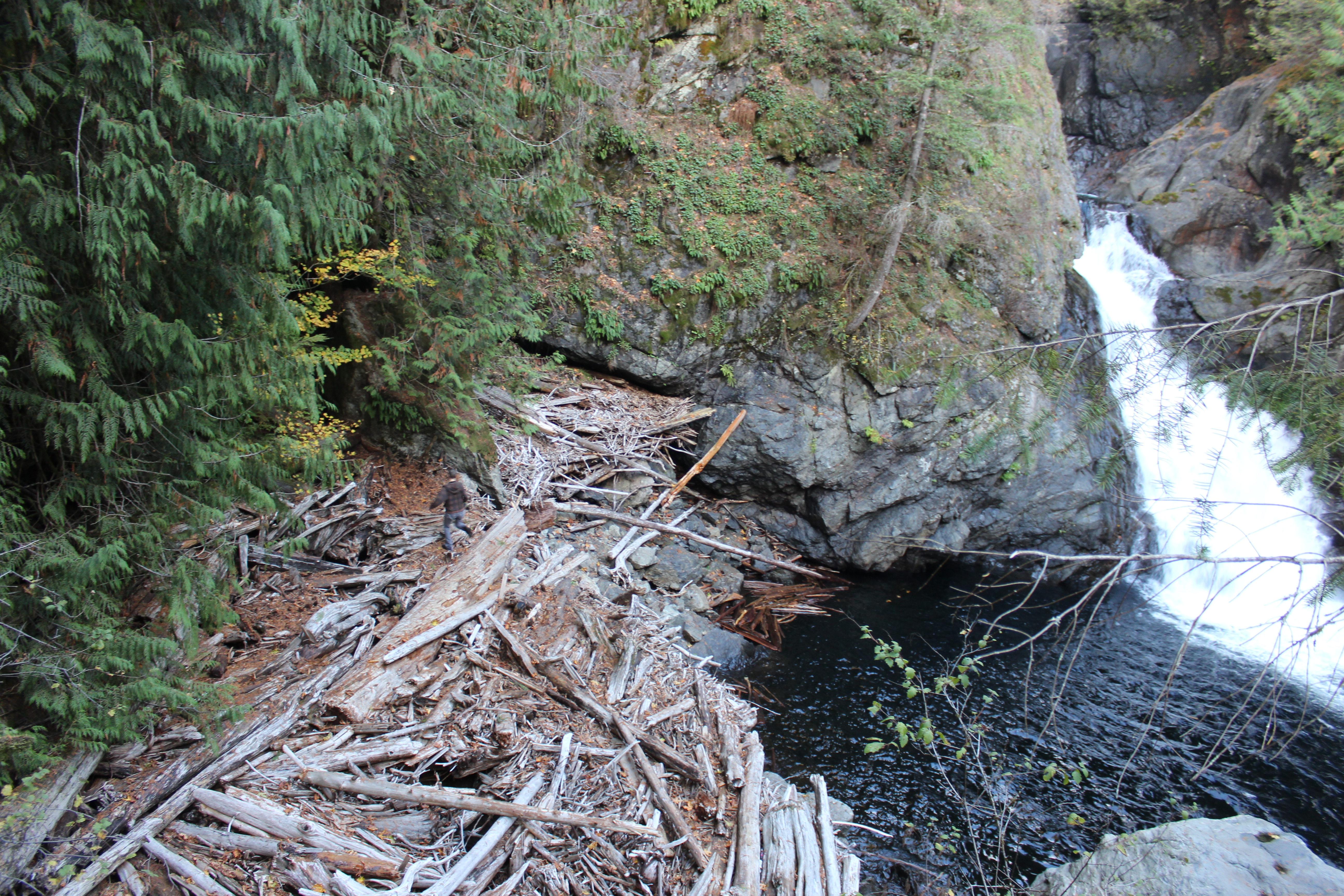 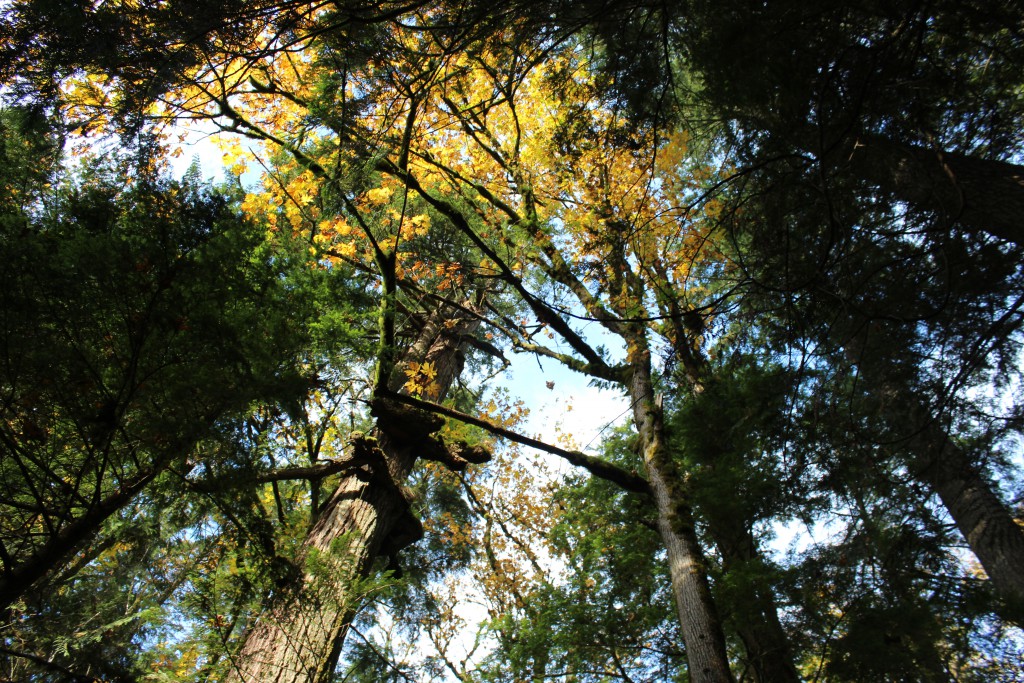 When you are out in the woods don’t forget to look up and try to enjoy nature every chance you get! 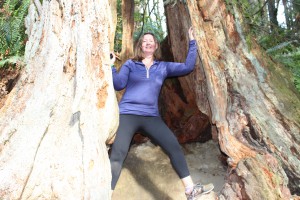 “If you do not change direction, you may end up where you are heading.”
– Lao Tzu
About Lao Tzu
The ancient Chinese philosopher Lao Tzu is believed to have lived in the 4th century B.C. Little is known about him, but it is likely that he wrote the Tao te Ching, the foundation of Taoist philosophy, and engaged Confucius in debate, honing both men’s belief systems. His name means either “old master” or the “old child,” and one legend says he was born with white hair after spending 80 years in his mother’s womb.

Today’s Quote
“Living well and beautifully and justly are all one thing.”
– Socrates
About Socrates
The ancient Greek philosopher Socrates is known to us through the writings of his student Plato. Socrates was born in 470 B.C. After serving in the Peloponnesian War, he studied science and philosophy. He taught by asking a series of questions intended to make the student rethink his beliefs, to test whether they are based on reason or hearsay. This is known as the Socratic method. He was executed in 399 B.C. for impiety because he questioned everything, even the gods. 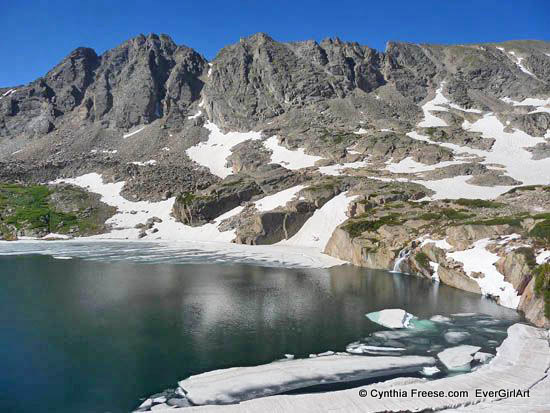